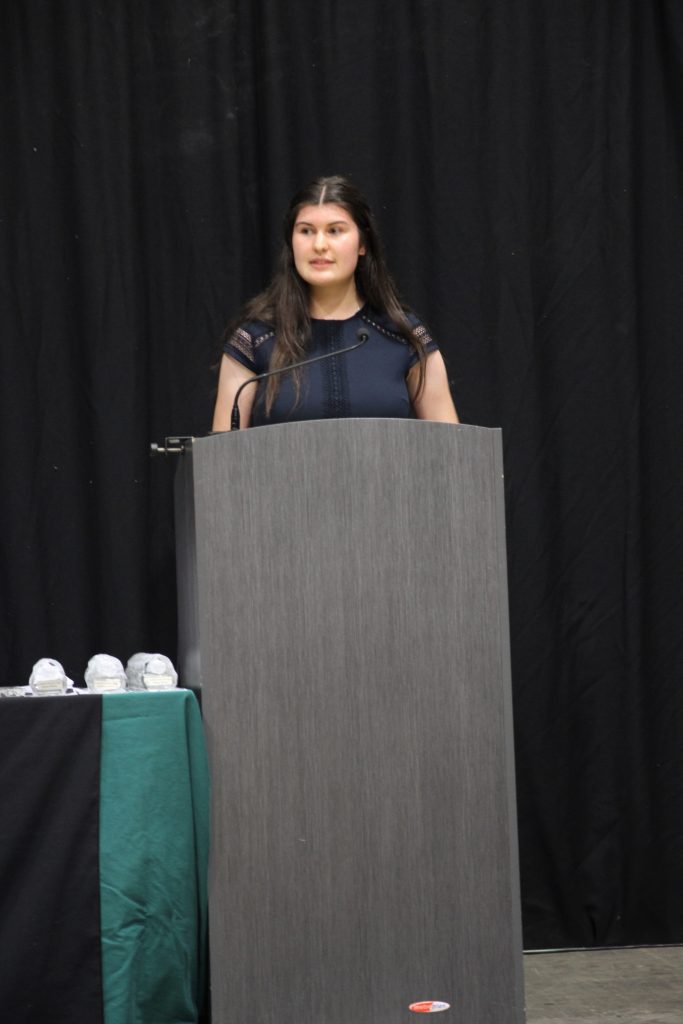 For the first time in three years, Heathfield Community College was able to host in person the Honours Awards Evening which celebrates the achievements of the students across the College over the course of the academic year.

Award certificates were presented to a number of students in each year group. These include ‘Honours’ and ‘Excellence’ awards as well as the traditional Heathfield awards which are the Tony Russell, Chris Gully, Gill Holtham and Paul Delderfield Awards.   Honours Awards recognise students that have made outstanding and sustained effort throughout the year in a number of subjects. The students that receive these awards will have either made or exceeded their expected progress for the year. Every student that is nominated for an award is notified and celebrated.

The evening was opened with an impressive performance from the College Orchestra and Choir, later in the evening a beautiful solo rendition of “Don’t Look Back in Anger” was performed by Bella Digweed. Headteacher Ms Barlow, provided reflections on the year and the achievements over 6 terms which show the genuine range and depth of student accomplishments; a video showing the Heathfield Habits in Action provided compelling evidence of the success of all students throughout the year.  In addition, Lead Team students Annalise Harvey, Nathan Steel and Amy Washington-Thurston along with 6th Former Lucy Williams reflected on their time at College and left a message for younger students to take every opportunity open to them and be as ambitious as possible for their future. Our guest speaker, Lauren Moss (BBC correspondent) was with the College on the evening to present the awards to students and to speak to the collected audience about her reflections on school and the pathway through her career. She inspired students with her recollections and reflections on the importance of being brave and being our true authentic selves. She motivated students to take every opportunity, with a “why not” approach that will lead to achievements they may never have thought possible.

The College congratulates all Honours Award students in every year group for their achievements this year, they have shown the ambition, determination and confidence that will undoubtedly lead to future success. They should be proud of their efforts and hopefully be inspired by what they can achieve in the future.

The sound of laughter, happy screams and bouncing came floating across the field at Heathfield Community College on the last day of term (21 July) as Tower House celebrated their victory in the Annual House Cup.

The Cup marks the recognition given to students for their involvement in all aspects of the College across the year demonstrating the Heathfield Habits:

Literally everything students do is counted towards the totals and includes:

Any consequence points detract from the overall total so it is genuinely a recognition of “getting things right” and every student plays their part.

To win the termly cup is an achievement and throughout the year the Autumn Term was won by Tower; Spring Term was also won by Tower; the Summer Term victory was Cade’s. The overall winners of the Year though were undoubtedly Tower House and as can be seem in the images they thoroughly enjoyed their reward!