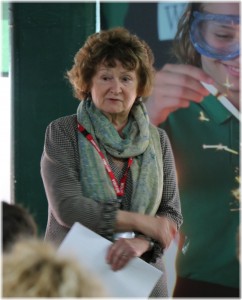 The College welcomed Labour life peer Baroness Andrews on Friday 10th May who came to speak to our students about the role of the House of Lords and was keen to engage our students with discussions of contemporary issues such as Brexit and the impact of social media.

This was followed by a talk to Year 10 and Year 12 students where she discussed the increasing importance of the House of Lords in recent years and her long career in public service. The Baroness having served as a special advisor to Neil Kinnock in the 1980s and Labour’s spokesman on Education in the House of Lords from 2002-2005.

She then engaged with questions and answers with the students.

‘‘I thought the Baroness was really kind and thoughtful towards people of all views. She expressed her own views and understood anyone who disagreed with her.”

Euan Goodwin said after the event:

“She was very interesting, her answers to the questions were really interesting and it was good to hear a different viewpoint on Brexit.”