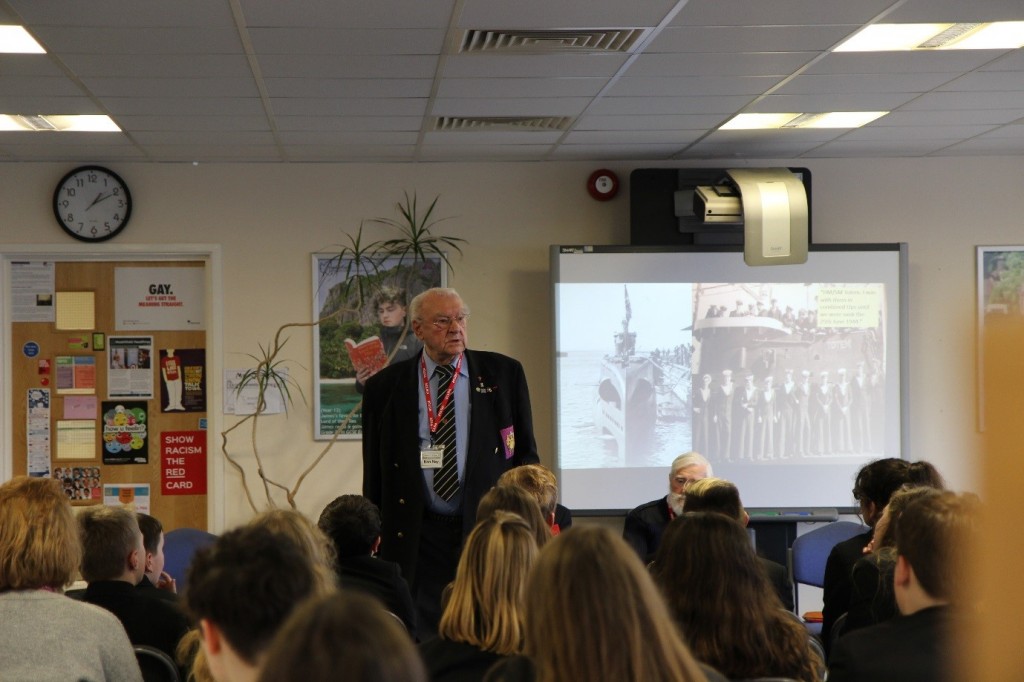 On Friday 25th January Heathfield Community College was host to some very special visitors.  World War 2 and Normandy veterans were able to visit the College and talk about their wartime experiences.

Veterans, Patrick Thomas and Len Hobbs are both ex Royal Navy. Patrick was on combined operations until the ship he was on was sunk on 25 June 1944. He was one of the few survivors from the event and subsequently he transferred to work on a submarine in the Far East.

Ken Hay, also visiting, served in the army. He was captured just after the Normandy landings and sent to a Prisoner of War camp in Poland where he was put to work in a coal mine.  He resided there until the armistice and then began what they called the 1000 “Death” March.

Phil Terry, a World War Two re-enactor and the son of another Normandy veteran also came along and brought with him an amazing selection of memorabilia from World War Two, including rations which the people in England were given at the time; personal items belonging to soldiers, like map cases and sewing kits, a selection of uniforms and other items from the period.

All three veterans spoke to students about their experiences and were open and willing to answer questions from the students afterwards. Unsurprisingly the students were mesmerised by the dignity, experience and integrity of these former soldiers. Many stayed long after to ask further questions and spend time in the company of these incredible gentlemen. 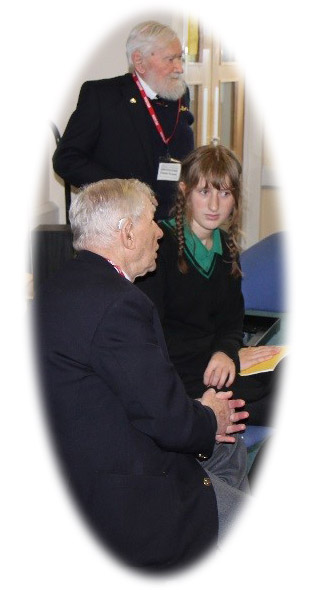 Owain in Year 7 who attended the talk said

“I think that the D-Day veteran day was extremely amazing. I found it very interesting to hear of the men’s experience of the Normandy campaign. I enjoyed looking at the equipment that was on display and I was shocked to find out how much soldiers had to carry. Overall I think that it was brilliant opportunity.”

“We were very proud to be able to host such esteemed visitors to the College, I am honoured to have met them and so grateful that our students have had the chance to hear from and talk to people with such moving experiences. It was clear that the students gained a great deal from being in their presence and hearing their stories.”

“This talk demonstrated the sheer determination, resilience and sacrifice which these people made for our country. Hearing the personal experiences of such brave and empowering people was an experience which will not be forgotten and we thank these veterans for taking the time to visit Heathfield Community College, and we all felt honoured to meet them”