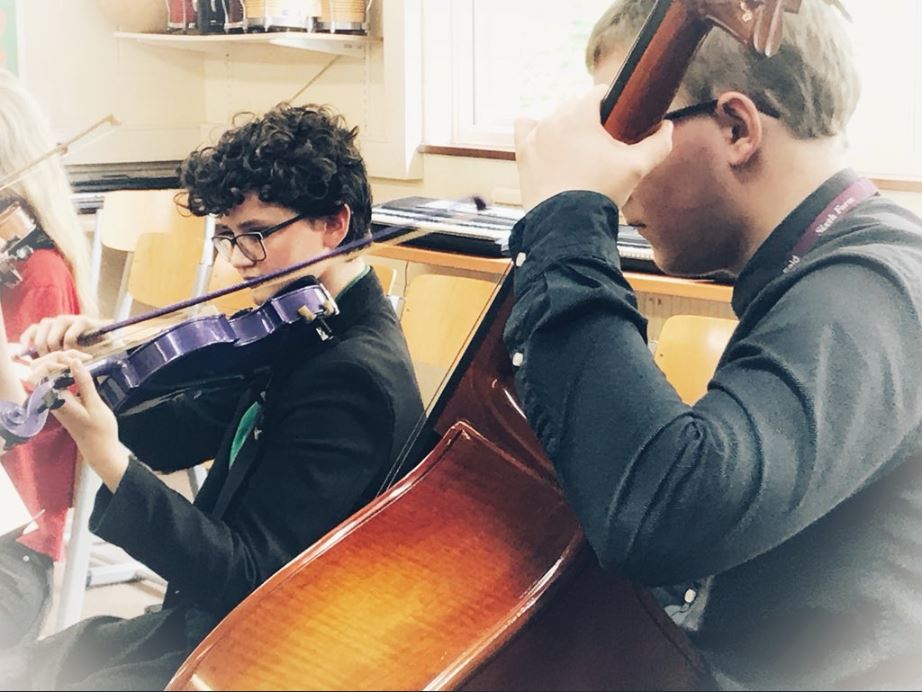 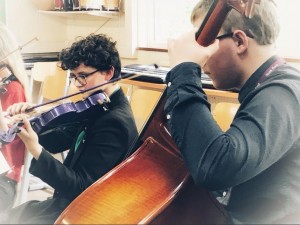 On Wednesday 23 May musicians from Heathfield Community College were given the opportunity to voice their opinions on the recent decision to hold a public consultation on the future of the East Sussex Music Service (ESMS) and their offer of instrumental lessons to students across the county.

The College was visited by a team from the BBC’s Sunday Politics Show who asked several of our string musicians to perform in order to demonstrate the impact ESMS has had on their lives from both a musical and personal perspective.

Sixth Form students Nathan Tompsett and Louisa Dollimore were interviewed and both gave very eloquent and reasoned arguments as to the benefits and impact the music service has had on their development as musicians and the opportunities it has afforded them. Our students shared the segment with opera singer Sir John Tomlinson and the piece set the scene for a studio debate around the topic.

We are very proud of our students, their ability and willingness to stand up for what they believe in and the fantastic performance they gave to the BBC. The reporters commented on how well the students presented themselves and the confidence with which they performed and spoke, describing them as “great ambassadors for the school”.

Louisa Dollimore said “It was great to have the opportunity to defend the music service and have our say on the cuts that have been proposed. Music is a vital part of our education, but it has been consistently undervalued in recent years; these cuts only highlight this. In taking part we hoped to emphasise how important music – and East Sussex Music Service – is to us, in the hopes that the message would be taken seriously.” 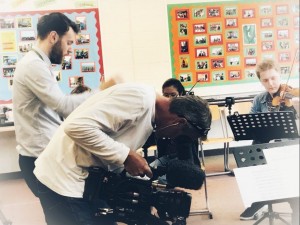 Nathan Tompsett added “It was great that this pressing issue is being addressed not just on a small scale, but by the BBC. It would be a great shame to see East Sussex Music Service go.”

The music service plays a vital role in supporting the College with 90% of the instrumental music lessons being run by the service. The support and tuition they give to our students feeds directly into the music department itself and the work the instrumental teachers do is invaluable.

We hope that you take the opportunity to watch the programme and find out more about the work of the music service and the information surrounding the consultation.